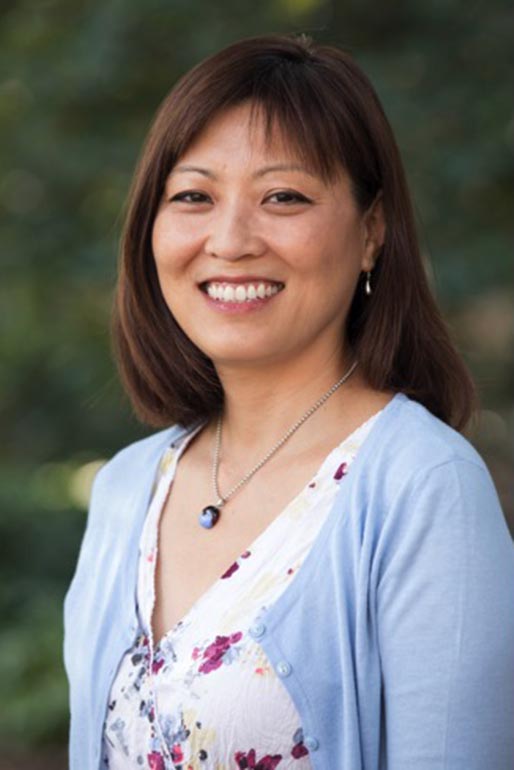 Imagine being in your twenties and leaving the promise of a steady job to pursue a new curiosity in another continent. Would you resist? Or would you choose a life of adventure? John Burroughs’ new 9th and 10th-grade principal, Julie Shimabukuro, was faced with this decision when offered the opportunity to teach English in Japan in 1993. However, even after a lifetime of yearning to understand her Japanese heritage, accepting such a position seemed out of the question, as she had just started a new position at Washington University as an admissions officer. With a job that showed a clear path for her future, she had what many fresh college graduates long for: a plan. Yet Shimabukuro found herself submitting a leave of absence at Wash U and accepting the teaching post in Japan. She planned to return to St. Louis and resume reviewing Wash U applications after a single year away.

But what was supposed to be one year in Japan somehow turned into five. Her curiosity led her all over the country, from Nagano Prefecture teaching English to high school students, to Yokohama as a member of the Board of Education, and finally to an international college in Niigata. Immersed and comfortable in Japan, yet missing home in America, Shimabukuro received a call from Nanette Tarbouni (then the Washington University undergraduate admissions director), who offered her the best of both worlds: an international recruiting position at Wash U, which she accepted.

Over 20 years later, Tarbouni (now the director of college counseling at JBS) called again with a new offer: “A 9th and 10th-grade principal position has opened up at John Burroughs. Would you like to interview?” True to her adventurous spirit, Shimabukuro — who had by then succeeded Tarbouni as the Wash U head of undergraduate admissions — decided to apply just to see what it would be like.

Dev Nayak (‘21), one of the students who spoke with potential principals during the evaluation process, said, “She by far stood out. She was just so approachable.”

Shimabukuro was so well received by the students that she managed to secure the job, and in August she began her first year as the 9th and 10th-grade principal. The natural ease with which Shimabukuro has undertaken her new challenge, leading two entire grades of unfamiliar students, has already been noted by her pupils. Macy Goldfarb (‘23) praised her has being “super chill and nice” and displaying “good vibes.” Hannah Nelson (‘22) agreed, adding: “Her transition from being a college administrator to this position is very impressive.”

Shimabukuro says that her goal as principal is to focus on her students’ well-being and mental health and work to expand their horizons. “Being a principal is me trying a new thing,” she admits, “and I encourage them to get out of their comfort zones because I’m doing it too.”