As the 2020 presidential election rapidly approaches, many first-time voters in the classes of 2020 and 2021 are faced with the decision of who they think the next president should be. As of October 2nd, 19 candidates are currently vying to be the Democratic nominee and challenge President Donald Trump in next year’s general election, complicating the decision that much more. However, from the colossal field, three candidates have emerged as front runners: former Vice President Joe Biden, Senator Elizabeth Warren of Massachusetts, and Senator Bernie Sanders of Vermont. The other contenders all consistently poll in the mid-to-low single digits. While Biden and Sanders have maintained their status as frontrunners since their respective announcement, Warren has made an almost meteoric rise into the top tier of candidates, gaining 11 percentage points in national polls since June, according to RealClearPolitics.com

“I like all of them,” Student Body President Lola Fernandez (‘20) says of the Democratic field, “but I really like Elizabeth Warren because she presents detailed, thorough, and thought-out ideas.” Warren has distinguished herself from Democratic rivals by frequently releasing in-depth plans on a range of issues. This has caused many voters to gravitate towards her rather than the broader, less-specific messaging other candidates have offered. Adina Cazacu De Luca (‘20) cites her own political experience in explaining her support of Warren: “When I was canvassing last midterm I learned that a great politician has three characteristics: they are able to communicate their ideas, they’re able to come up with really good ideas, and those ideas are practical,” she said. “Elizabeth Warren has all three of those characteristics.” 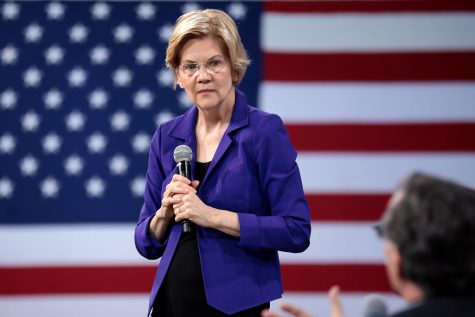 But Hugh McKelvy (‘20) expressed concern about Warren’s electability. “Not only does she not appeal to middle-class white people in the Upper Midwest, but she also does really poorly with black voters,” he argued.

On the Republican side, a growing number of state parties have opted to forgo their primaries or caucuses to consolidate support around President Trump. Many Burroughs Republicans expressed opposition to the primary cancellations, especially as many Republicans are open to supporting other candidates within their party. “As a Republican, I would want a stable person in the Oval 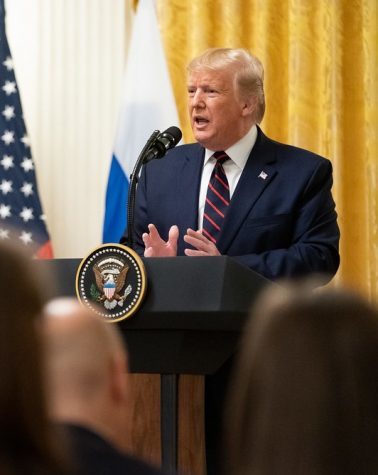 Office so I would, of course, support a different Republican that’s running,” Young Republicans Club leader Rob Leavitt (‘20) shared. Still, Leavitt said he was unlikely to support a Democratic candidate, explaining: “what they’re talking about and professing is counterintuitive to the well-being of the United States as a whole.” Phoebe Phillip (‘21) also seemed open to supporting a Republican primary challenger, saying, “Hopefully it won’t be a battle of two dumpster fires as it was in 2016.” But she expressed similar disdain for Democratic policies and ideals, and in a matchup between Trump and a generic Democrat, Phillip said “It would have to be Trump again.”

As many students have already formed opinions on who they will support in the upcoming Presidential election, many more have not. When asked who he would vote for in 2020, Reilly Dillon (‘21) said, “Politics isn’t a huge part of my life, so I haven’t really kept up with exactly who’s running this year or who I would support.” Many others hold a 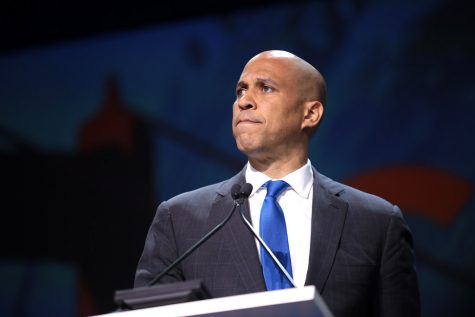 similar sentiment; like Rekha Morgan (‘20), who doesn’t know exactly who she will support, but does have an idea of who she won’t. Morgan has decided against voting for Senator Cory Booker of New Jersey, noting, “his own girlfriend Rosario Dawson won’t even endorse him, and that’s sad.” (Dawson, an actress, has since expressed support for Booker after initially declining to do so.)