Mrs. Harris: the End of an Era 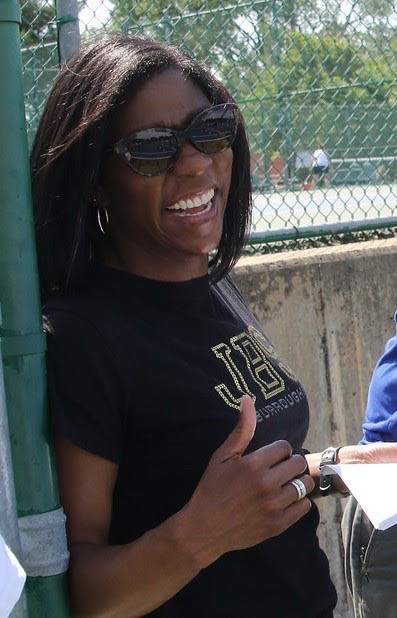 Assistant Head of School Julie Harris is slated to leave John Bur-roughs in March after 25 years at the school. In the words of Jacob Tuteur (‘23): “It is the end of an era.” Despite the loss for JBS of the longtime teacher and school administrator, Mrs. Harris’ career in education is not yet over, and she has many plans for the future.

Although her time spent at Burroughs may be coming to an end, Mrs. Harris’ impact on the students, teachers, and faculty will never diminish. After getting her bachelor’s degree from WashU and beginning her work on a master’s in education from SLU, Mrs. Harris joined the JBS community in 1995 and has remained ever since, in a wide range of positions. Not only is she now the assistant head of school, the 7th and 8th-grade principal, and an interviewer for the Admissions Department, but she was also a math teacher, the chair of the mathematics department, and a former holder of the Leonard D. & Madeline H. Haertter Chair in Mathematics.

The various roles Mrs. Harris has ﬁlled illustrate not only her commitment to the school, but also her ability to connect with the large variety of people she encounters, whether it’s a student in a classroom or a new family ready to join JBS. Many students offered fond memories of Mrs. Harris’s tenure: Avery Stokes (‘23) remembered “her delicious homemade ‘cookies in 7th-grade advisory,’” while Graham Sagel (‘23) recalled “her dancing at the middle school party.”

The mark Mrs. Harris will leave behind comes in many forms. In terms of her administrative duties, she stated, “1 don’t see the work I’ve done at Burroughs as entirely mine; rather, I see my work as a part of the work that all of us have done collectively to better the school environment and bring about meaningful change.”  This belief in community is vital to the school, and is shown in Mrs. Harris’ position as 7th and 8th grade principal, arguably one of the hardest tasks when it comes to controlling the rowdy middle schoolers. 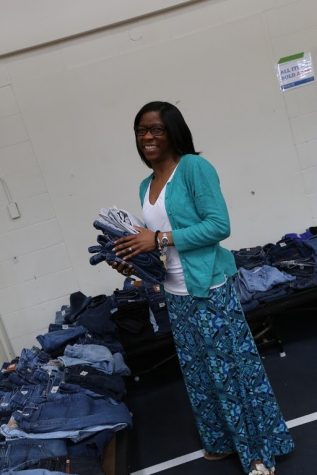 Despite what may seem a strenuous job, Mrs. Harris enjoys it. She said, “As someone who works with middle school students, I know how important it is to create fun and friendly relationships with students, but it is equally as important to stress clear expectations so students can develop as both learners and members of the community. This ability was also highlighted by Mr. Abbott who stated, “In one of my ﬁrst weeks of school, I sat in on her class and was really taken that she was able to do two things-“Challenge students at the highest level and let them know that they could meet that challenge.” Next year, Mrs. Harris will be joining The Biome School, a K-5 charter school in the Central West End. This decision, although difﬁcult, will bring so much experience and help to a new school. When asked, “Why Biome?” Mrs. Harris stated, “I have learned so much at Burroughs and look forward to applying my skills in a new environment.” Rather than taking the familiar route of staying at Burroughs, she has decided to take on a challenge of an entirely new school. To enjoy your work and have the ambition to restart it from scratch is a quality that speaks to the character and selﬂessness of Mrs. Harris. Her new endeavor marks the “end of an era,” but it also begins a new one, one full of opportunity and change.