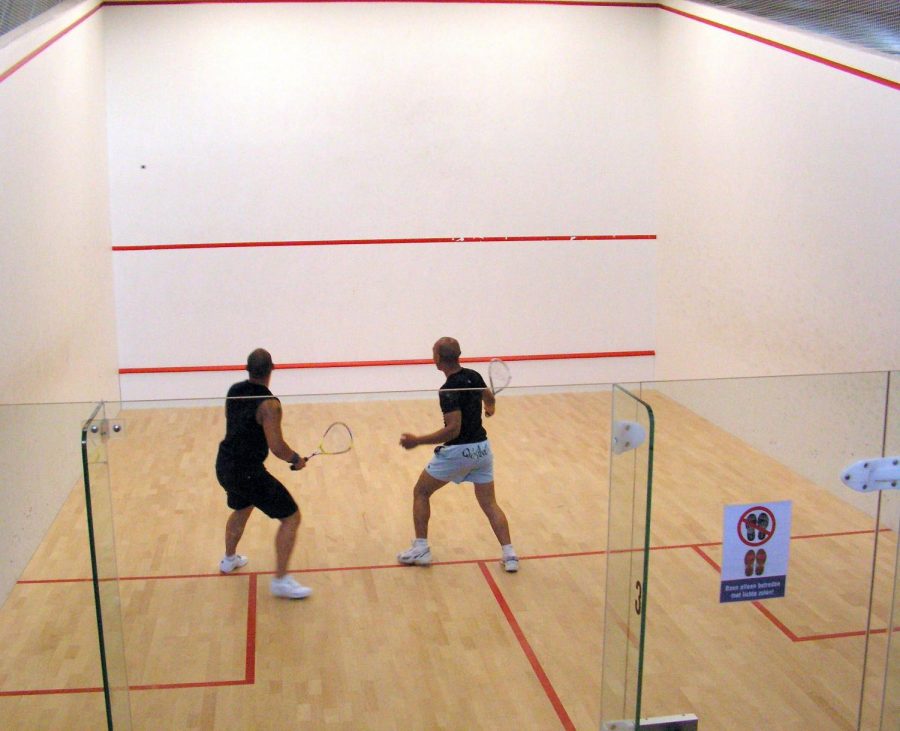 Throughout the almost hundred years that Burroughs has been an educational institution, there have been continuous updates, renovations, and additions to the school campus. The squash courts, in the place of the old pool, are the school’s newest development. After construction over the summer and throughout the beginning of the school year, the courts were finished and open to student squash players on November 9th. Within the first two weeks of playing, almost 20 new players had signed up. With the new abundance of players, and COVID-19 restrictions of two people per court, the playing time for each person has been cut down. Each time slot is 45 minutes long, with around ten athletes per time slot. Although this seems like a short practice, it is a welcomed change from last year’s commute to MICDS or the MAC for each practice. Joe Baur (‘23), who has been playing squash for five years says, “The new courts are great. It’s exponentially more convenient for the current squash team, not to mention how they foster interest in the ever-growing sport.”

Along with geographical changes, Burroughs has also hired Joe Pentland to coach the squash team this year. He says, “We owe an enormous debt of gratitude to Peder Arneson and the coaches who preceded me for the great work they have done over the last five years putting JBS squash on the map and bringing this beautiful facility to fruition.” Though there are no games this year, the squash team has continued to practice and grow as a group. Just walking into the squash courts, one can feel the excitement and encouragement that is constantly present. Coach Pentland remarked “I sincerely appreciate the opportunity to share my love for this wonderful game with the Burroughs community, and I see great promise in this program to field some of the best players in the area. At the very least, we are going to have tons of fun playing one of the best games on earth!”