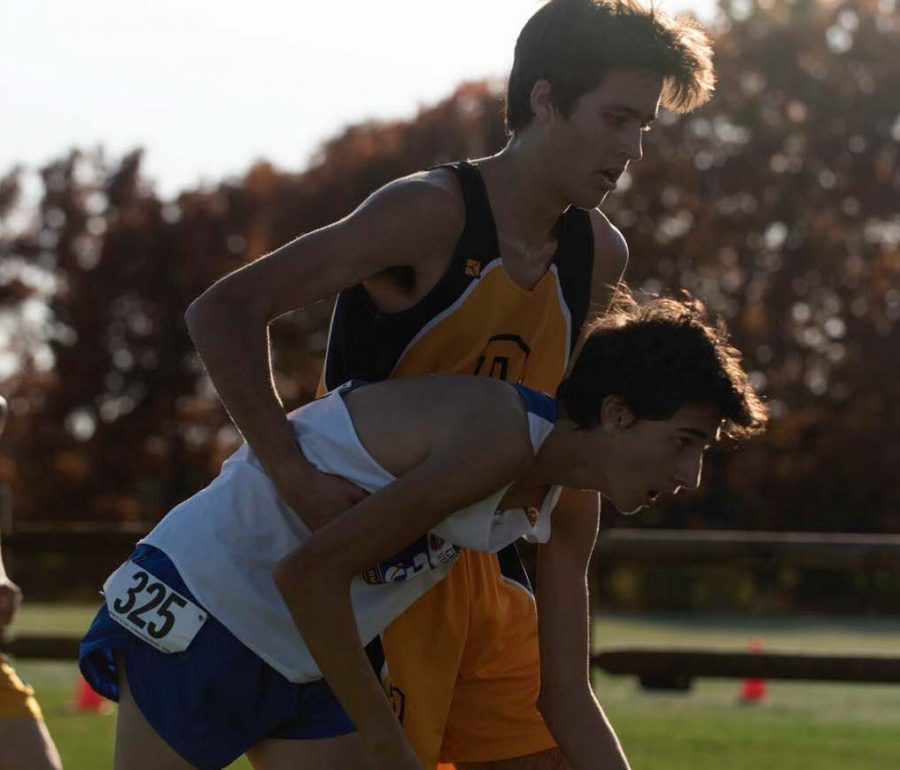 Back on September 10th, Sam Page made the first step in loosening restrictions for St. Louis County fall sports to compete. Page’s announcement marked headlines due to protests regarding moderate and high-contact sports, and many neglected to recognize the new liberties given out to certain low-contact teams. One of the most prevalent sports given clearance was cross country. On the back of this year’s MSHSAA reclassification for private schools and a developing core of runners, John Burroughs’ cross country squad was amped up for the season. “When we knew we were going to have a season, I think the collective feeling was of relief. On the mens’ team, we had four seniors and incredible underclassmen depth, classes were reorganized (largely in our favor), and we came off some really outstanding summer training–really, if any year was our year to do something, this was it,” attributed Nathaniel Doty ‘21. Both boys and girls cross country took full advantage of their potential. Led by Yale University commit and senior Kylie Goldfarb’s second-place finish, followed closely by junior Cori Spetnagel in tenth, the girls cross country team finished first place in the Missouri Class Three State Championships for the first time in the school’s history. Quite obviously, the girls’ season is one that will be remembered. The boys’ team didn’t let up from there. A combination of the stout senior leadership from Nathaniel Doty, Sandy McMillian, Daniel Martin, and Samuel Wang, and the underclassmen speed from Akash Mallady (‘22) and Ted Spetnagel (‘24) pushed the Bombers to fourth place in the state. Doty notes that due to the team’s depth, “we really came out swinging this year. When we showed up at meets and posted better 1-5 splits than teams in higher classes, we knew that we had something special.”

However, the hallmark image of this team’s historic season is without a doubt senior Nathaniel Doty aiding Lutheran-St. Charles junior Noah McMullen through the finish line after breaking down before the end of the state race. Glued to school social media pages, it was impossible to miss such a rare occurrence. In the midst of the race, Doty notes “I would say it was 90% impulse 10% thinking…By the time I reached Noah, who I had seen fall twice while I was running down the finishing straight, I didn’t want to let it happen again and I ran straight towards him. He got up again by his own power but quickly fell, so I scooped him up under his arms and walked him across the line.” Due to McMullen being unable to finish on his own power, his time was disqualified. On that account, Lutheran St. Charles finished second in class three. “While I haven’t broken down in the middle of the race, it often feels like I’ve come close. I’ve had several races where it just feels like my legs won’t keep moving. However, part of what I admire so much about Noah is that I’ve never been able to push myself that hard” says Doty.

Despite how impressive Nathaniel’s deed was, it is hard to say that it was a surprise. Fellow senior teammate Samuel Wang added that the state race “Really speaks to [Nathaniel’s] character… He’s always there for his teammates, but loves the sport above all.” If anyone on the team were to stop mid-race for another, it would be Nathaniel. A week after the cross country state championships, Noah McMullen, accompanied by the Lutheran-St Charles athletic director, presented Nathaniel with a plaque in assembly to commemorate his act of kindness. When addressing Nathaniel and the school, McMullen attributed namely that “sportsmanship is what makes a good athlete great.” Following McMullen’s address, Nathaniel used his time to encourage the John Burroughs student body to consider running cross country. If someone were to steal my phone, the only app I would be embarrassed for them to see would be “Run Tracker”, where my leisurely jog times are recorded. Cross country runners aptly use the phrase ‘our sport is your punishment’, to which they deserve more recognition than they usually receive. As Noah McMullen displayed, each runner works with every ounce of their consciousness to trim their splits. John Burroughs may never see both the girls and boys succeed at the level they have in 2020. Moreover, the team succeeded in a historical manner while displaying the utmost integrity.