Finals are the Wrong Choice 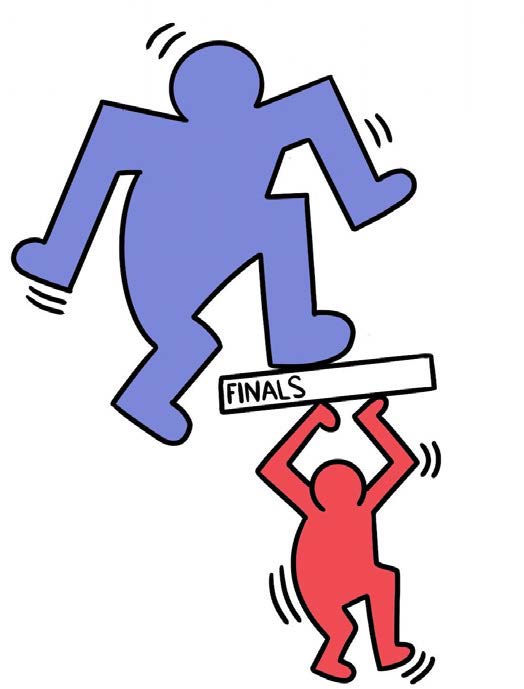 Now that finals, the infamous and somewhat ritualistic closing to each Burroughs semester, have been officially confirmed by Mr. Abbott and renamed as a “final assessment”, the viability of such a prospect continues to appear less feasible and realistic. The school’s steadfast decision to forge ahead with the modified practice (which was canceled under similar circumstances last year) seems unwavering despite the current predicament that we are facing due to the COVID-19 pandemic. This decision is undeterred by the numerous contradictions in testing and educational protocol exemplified throughout the year, as well as the risks and challenges that online or physical versions of the exams may pose. Despite the modification of the exams, which lowers the percentage weight of the tests to 15% and grants the teachers the ability to administer a typical final, a unit test, or another variation of a project, there is still cause for concern.

Most would agree that during this school year, the learning conditions have felt like a complete deviation from the typical JBS experience. To clarify, this is not the school’s fault; with the hand dealt, Burroughs has done a wonderful job of trying to keep students engaged, while also providing some semblance of normalcy. However, given that this year’s educational environment is one that is anything but normal, and since many teachers are still opting to follow through with a normal final exam (including all of mine, who have only slightly lessened the test length), the insistence on continuing to enforce this practice is problematic.

At the forefront of this lies the comparative inefficiency of online learning. While it is known that virtual education systems are generally less conducive for learning, multiple studies have shown that this alteration disproportionately affects those who are already struggling to begin with. Susanna Loeb, a professor at Brown University, writes, “A study that I worked on with Stanford colleagues found very little difference in learning for high-performing students… On the other hand, lower-performing (and less engaged) students performed meaningfully worse in online courses.” This illuminates the struggles and stress that many will face come finals.

Even if the school did achieve an equally efficacious virtual approach, many teachers have and continue to divert from typical testing procedures by allowing notes, study guides, or additional time in order to compensate for the obstacles students are currently facing. Although this is helpful in the immediate and short-term context, for cumulative and longer-term assessments like finals, it can be harmful to a student’s ability to successfully engrain and understand the material. Thus, many students have expressed concerns surrounding their ability to perform well on the impending exams– especially because of the additional efforts now required to relearn much of the information that was not necessary to have extensive knowledge of when supplementary materials were permitted. The most plausible combatant to this (while still following through with the final assessment guidelines) would be to allow students in the necessary classes to use a study guide or even just a page of notes.

Beyond the academic and educational aspects of the argument, the possibility of a final assessment raises questions surrounding practicality and safety, primarily due to the spike in COVID-19 cases all over the country and state. Although specifics have yet to be revealed at the time of writing, an in-person test resulting in hundreds of kids being in the same gym for two hours, doesn’t seem viable. Many subjects’ assessments are also said to be online, which would most likely result in students using notes or study guides whether or not the administration designated them to do so.

Finals just don’t fit into the pandemic-dominated world, even if the school wants them to. If we commit to the current plan, which seems likely considering Mr. Abbott’s announcement as well as what many teachers have been telling their students, there is not a clear or fair path as to how the testing could happen. Unless it is reshaped to compensate for the tumultuous environment of this year through modifications that make a direct and concrete change away from the standard finals format, it should be conclusive that finals are unfitting for the 2020 school year.