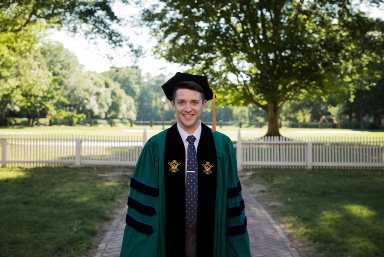 As a new presidential administration settles into office, they appoint many new leaders who will serve the government in a variety of fields. One such appointee is Dr. Isaac Irby, a policy advisor for Vice President Kamala Harris and a former member of the Burroughs faculty.

After growing up in Colorado and graduating from Bowdoin College, Dr. Irby came to Burroughs and taught Physics and Earth Science from 2009 to 2012. In addition to being a science teacher, he coached soccer, track, and Science Olympiad. Irby’s favorite part about being a teacher at Burroughs was “the opportunity to constantly teach outside of the classroom … All the spaces and times where students didn’t always think they were learning, but they were.” He remembers the fond memories he had at Burroughs, recalling the 8th grade Grand Canyon trips and the family style lunches. Additionally, Dr. Irby attributes some of his success to the lessons he learned at Burroughs saying, “Teaching physics and earth science taught me how to speak to people, and not just scientists, about science. Teaching science and making it relevant to a bored and hungry 8th grader or a junior who is stressed about a field hockey match that afternoon is truly a challenge. I was fortunate to learn how to talk about science and make it relevant before going to graduate school and being surrounded only by scientists, talking to other scientists about science. Now, I am often the only scientist in the room and I frequently think back to how I would explain something to my students.”

Dr. Irby left Burroughs to earn his Master’s in Public Policy and his Ph.D. in Marine Science from William and Mary and its Virginia Institute of Marine Science in 2017. Following his graduation, Dr. Irby served as a Science and Technology Policy Fellow with the American Geophysical Union and the American Association for the Advancement of Science. It was here that he first began working with the then-Senator Kamala Harris by leading the advising legislative team on matters such as environment, energy, climate, transportation, and infrastructure. Irby says that it was his dream to be a scientist since elementary school, but he soon discovered “there were a lot of other people who also wanted to be a scientist and many of them were far better at the actual ‘science-ing’ than [he] was.” However, “one of the strengths that [he] had was being able to creatively connect the dots to make an issue relevant. And what better place to connect those critical dots between science and its relevance in our lives than in public policy?” Now, serving as a policy advisor to the Vice President, Dr. Irby continues to discuss climate and environmental issues. When asked about the climate crisis, Dr. Irby states, “My favorite part of the administration’s dedication to tackling the climate crisis is that because this crisis is intersectional, our response must also be intersectional. From public health to economic opportunity, environmental racism to human rights, we cannot disentangle the environment and climate people live in from the rest of their lives.”