Construction of the new STAR building will begin this summer. 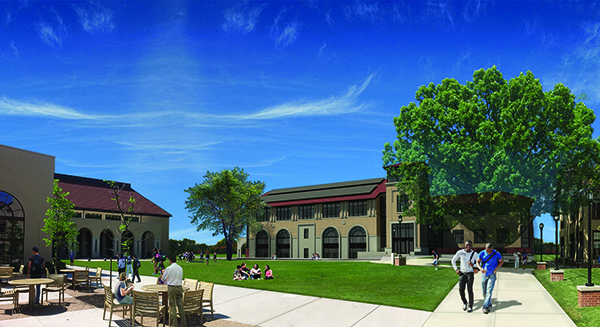 From the library in the wrestling room to the temporary buildings by Laughing Lake, everyone is aware of what’s coming up at Burroughs: the STAR building. But what exactly is the STAR Building? Let’s find out.

The building’s name, STAR, stands for Science, Technology, and Research. This new building on campus, which will exist in the space that currently houses the science building and library, will contain science classrooms, a library, computer and research areas, a workshop area and ITE and FACS spaces. It is scheduled to be ready by autumn of 2018, meaning that only one year will be spent in the temporary classrooms

So, why do we need a new science building? Let’s look at the history. The Gaylord Science Building was first built in 1966 and has hosted dozens of teachers and over 5,000 students in its time. Current teachers who have utilized the building range from Mrs. Bahe, who has taught in it for 38 years, to Mrs. Lim, who has just completed her first year in the building. Though Gaylord has functioned well since the beginning, it contains a few problems concerning the high school science curricula: namely, the separate classrooms and labs. The separated spaces make high school science classes difficult to schedule and conduct, especially since each class is in the labs twice a week. However, the new building will solve this problem by having combined classroom and lab spaces.

The temporary spaces will also be very similar to the Gaylord building in terms of curriculum and classes, so next year we will not be giving much up. The larger changes will take place in two years when we move into the STAR building. According to science teacher Martha Keeley, “The challenge is, what can we do in two years that we can’t do now?” Deciding what to do with the new spaces may prove the most exciting challenge for the science department in the next few years, as they will be afforded creativity with new resources and options. With all of the work the faculty of the Gaylord building have put in this year, from normal tasks like teaching, grading, meeting with students, and setting up labs to all of the planning, packing, and designing of these new teaching spaces, they are especially ready to reap the benefits of the new STAR building.